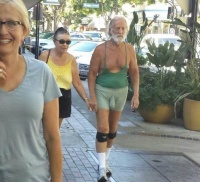 Hot Topic Friday 04 September 2015 What was the most controversial topic on qldaf??